By Frank Hoke at ringside

Roy Englebrecht Promotions scored a knockout Thursday night with the return of the fan-favorite “Fight Club OC” series at The Hangar inside the OC Fair & Event Center in Costa Mesa, CA.

In a special feature jr lightweight attraction, amateur standout Angel Cordon (3-0, 2 KOs) returned to the ring to score a unanimous decision over a durable Gabriel Serrano (0-3). Cordon utilized his jab and perfectly placed body shots to outbox Serrano round-after-round. It was a technically sound performance for Serrano who had taken a year off after his second bout (January 2018) due to the passing of his manager Herb Stone. All of the judges scored the bout at 40-36. 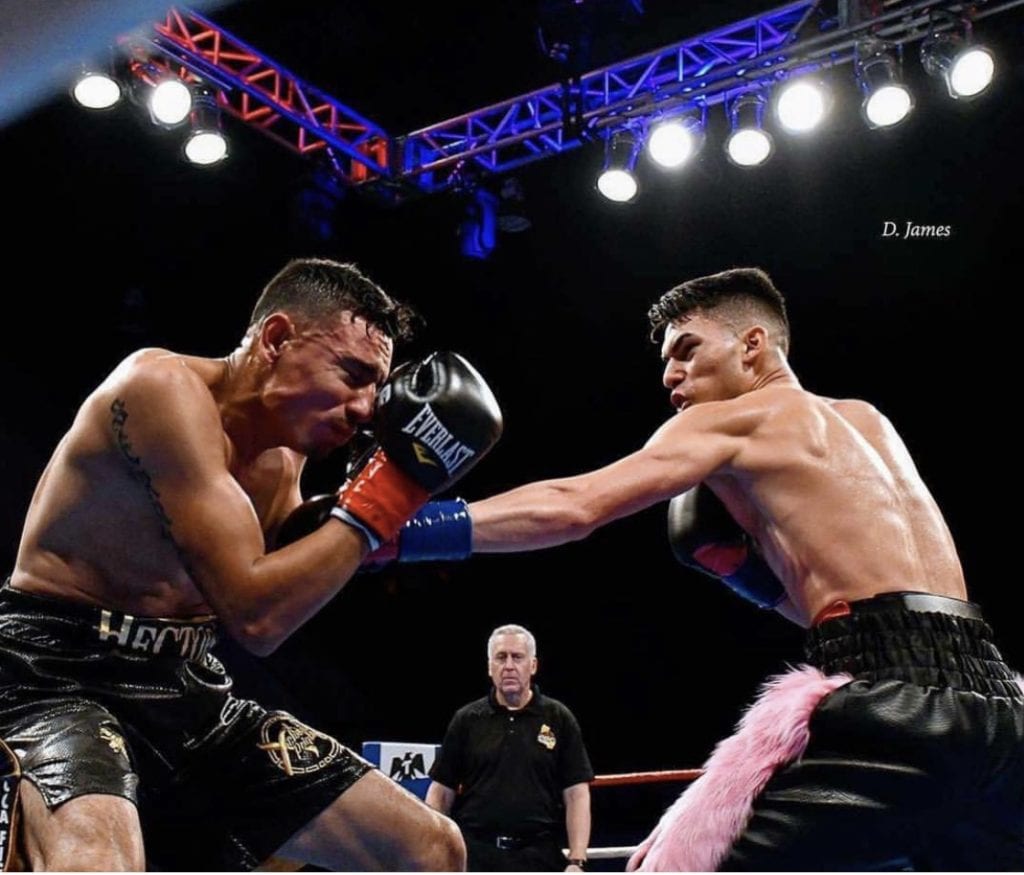 In a super welterweight encounter, Cameron Christopher (0-1-1) and Arian Sharif (1-1-1) entertained the crowd with a back-and-forth battle.

Christopher looked sharp in the opening bout as he connected with multiple lefts to the body and head of Sharif. Toward the end of the round, Christopher landed a hard shot that blasted Sharif into a corner. Sharif appeared hurt but he survived until the bell.

Sharif was more aggressive in the second round as he pushed the action. Midway of the round, Sharif connected with a solid left hook as Christopher lunged in with a jab.

Christopher controlled the third round with his ring generalship and counter punches. Early in the round, Christopher landed flush with a right hook to the head and followed up with a straight left that staggered Sharif into the ropes. Sharif responded with a sharp left and right hook which allowed him to escape the ropes. Back in the center of the ring, Christopher reestablished his edge as he connected with a thudding uppercut to the chin of Sharif.

The fourth and final round was a war as both combatants traded shots from the opening to the closing bell. Sharif punctuated the round with a rapid-fire flurry of punches as the bell rung.

The bout was scored a draw but the fans were a big winner due to the competitive contest.

Gonzalez showcased the quick feet of his nickname “Speedy” during the first couple of rounds to move in-and-out to attack the body of Huerta with nicely placed body shots.

The fighters did occasionally fall into clenches throughout the bout which obligated referee Jack Reiss to break up the holding.

Huerta was more effective during the third round as he pushed the pace of the bout. In the final minute of the round, Huerta landed an overhand right that noticeably hurt Gonzalez.

However, Gonzalez came back in the fourth to regain the momentum and thwart the offensive assault of Huerta.

Gonzalez earned a unanimous decision with the tally of 38-36 across the scorecards. 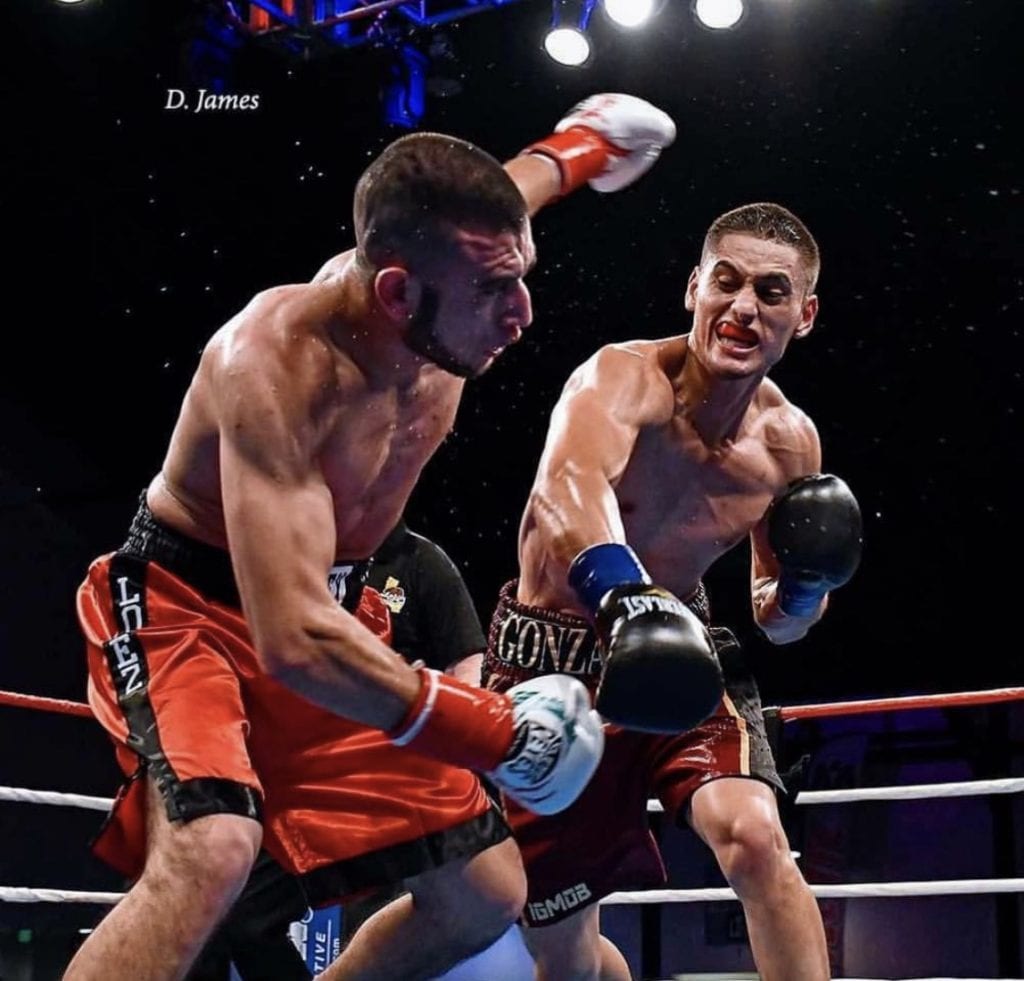 It was full house at “Fight Club OC” with an attendance of 1238. Promoter Roy Englebrecht returns April 4th with the “Fight Club OC” series to The Hangar at the OC Fair & Event Center. 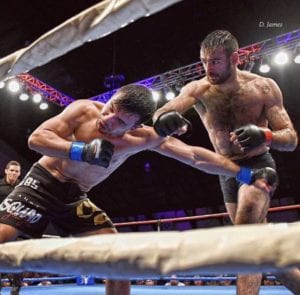 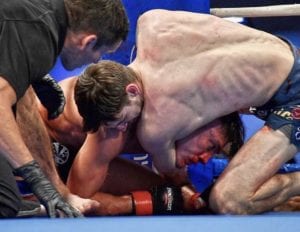 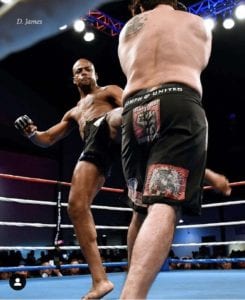