Englebrecht Promotions & Events promotes Fight Club OC, a hybrid Boxing & MMA fight series that does six shows a year inside The Hangar on the grounds of the OC Fair & Event Center in Costa Mesa, CA. This Thursday night fight promotion is nationally recognized as the premier club fight show in the country where fans can not only witness great fights but in the process have a chance to win a Gina’s pizza, some Newport Ribs a Descanso Mexican Meal, there’s even a Dozen Randy’s Donuts that get raffled each and every show! With three high definition cameras always on the action and a 40′ x 40′ LED HD video board with instant replay, we’ll sell you the seat, but you’ll only need the edge…Welcome to Fight Club OC. 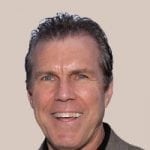 Prior to the formation of Fight Club OC in 2011 Roy promoted the highly successful Battle in the Ballroom professional boxing shows at the Irvine Marriott Hotel for 25 straight years. This bi-monthly professional boxing show was the longest running club pro boxing show in the country. 36 current or former world champions have fought at the Marriott, including Shane Mosley and Johnny Tapia. In 2007 he became one of the first boxing promoters to introduce Mixed Martial Arts shows to his Battle in the Ballroom concept. 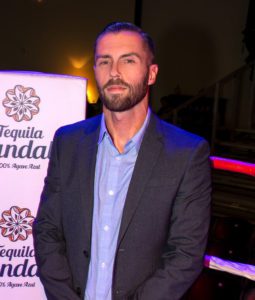 Drew Englebrecht graduated from Vanguard University with a B.A. in Sociology in 2003. Drew grew up in the action sports industry designing and selling as a sales rep for Oakley Sunglasses before joining his father in the fight promotions business. With Drew’s creative direction and branding help Roy Englebrecht Promotions made the move from the Battle in the Ballroom at the Irvine Marriott to the launch and rebranding that is Fight Club OC. 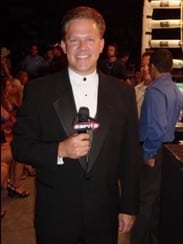 Mike Hart has been stirring up fight fans as the “Voice” of the Battle In The Ballroom for seven years. A sportscaster turned news anchor, Mike has been a mainstay at ABC23 in Bakersfield, California since 1991. He started out working club shows in 1994, when he joined forces with Roy Englebrecht Promotions in December of 1999. He took over for legendary ring announcer Danny Valdivia at the Irvine Marriott in January of 2002. Mike has worked for numerous promoters throughout the years including Golden Boy and Goossen Tutor, with appearances on ESPN, FOX Sports and Showtime. 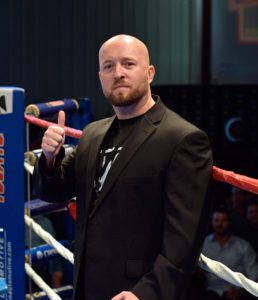 Charles Bosecker has been Professionally Matchmaking for over the last 10 years. Charles has a wealth of knowledge in the sport of boxing and has been honored to match several World Title Fights of current and former World Champions. Charles has matched fights for almost every promoter in the sport of boxing including Top Rank, GoldenBoy, Mayweather, Al Haymon, Eddie Hearns, GGG Promotions as well as 360 Promotions. Charles has studied Martial Arts for over 20 years and holds a Black Belt in Taekwondo, is a Brown Belt in Hapkido and a Purple Belt in Brazilian Jiu Jitsu under Gracie Barra. To reach Charles for a potential fight please email him at cbboxing82@gmail.com. 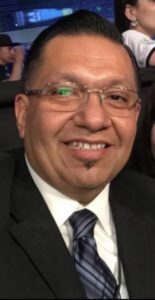 Well into his second decade in the business, Mel says “matching” MMA and boxing is a labor of love. He considers Fight Club OC the real “Happiest Place on Earth.” 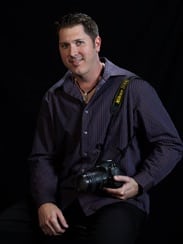 Damian James is an Orange County based freelance photojournalist and event photographer. With over 14 years of experience documenting people and events around the world in 5 different continents, he is back in his home state of California currently focusing his work in the Boxing/MMA arena. A dedicated fan of all types of combat sport, Damian has followed boxing his entire life and has been a fan of Mixed Martial Arts since it’s debut back in 1993. He draws inspiration from the competitive nature of hand to hand combat and the fighting spirit of its participants, and hopes to inspire future generations of fighters and fans through his photographic contributions to the sport. 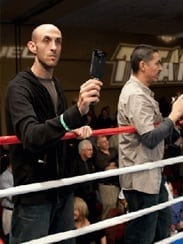 Evan Jacobs received his B.A. from California State University, Long Beach in Film Studies. With a number of low budget films to his credit (in which Jacobs wrote, produced, directed and edited those projects) he first came to the attention of Roy Englebrecht Promotions with his film SCHUSTERMAN LEVINE: A BOXING FABLE. Fast forward a decade later and Jacobs and Englebrecht teamed up to make a reality TV pilot titled, THE PROMOTER. Showing the ins and outs of the fight promotions world over a 4 days period, Jacobs chronicled what Englebrecht and his staff encounter in putting on their legendary Battle In the Ballroom shows. As a freelance videographer/editor, Jacobs has been working with REP ever since creating promotional DVDs, viral spots and television commercials. “I have been a boxing fan since I was 14,” Jacobs states. “To merge the world I come from with the world I have admired for so long is really the best of both worlds for me.” 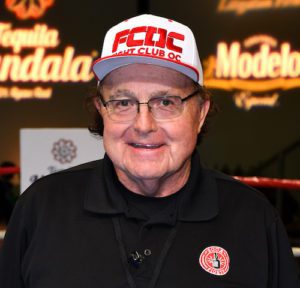 Clark Hills graduated from Vanguard University where he studied Business Organization. Clark then went on to earn his Sport Management Masters Degree from the University of San Francisco. It was while he was at The University of San Francisco that Roy Englbrecht was introduced to Clark as one of his instructors. Clark started working with Roy, and Battle in the Ballroom, to gain class credits and has simply never left. Clark presently is the CEO of a Private Depository based in Newport Beach where he has held that position for over 30 years. Clark has two children and five grandchildren. 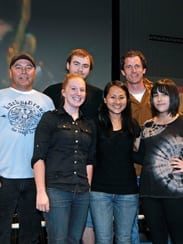 (names listed from left to right) 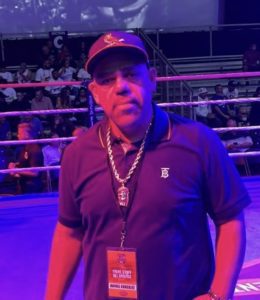