Costa Mesa, CA. Before a sold-out crowd of 1,242 on Thursday evening, Uzbekistan’s 2012 Olympian Bronze medal winner Murodjon Akhmadaliev stopped Chilean’s Ramon Contreras with a vicious shot to the liver at 1:20 of the first round to win the WBA Super Bantamweight Championship on Roy Englebrecht Promotions Fight Club OC show in The Hangar at the OC Fair & Event Center in Costa Mesa, CA.

In what was a very competitive first minute the 15-6 Contreras was mixing it up before a big left hook caught the Chilean who dropped to the canvas and was counted out by referee Thomas Taylor. Akhmadaliev now goes to 4-0 with three knockouts. 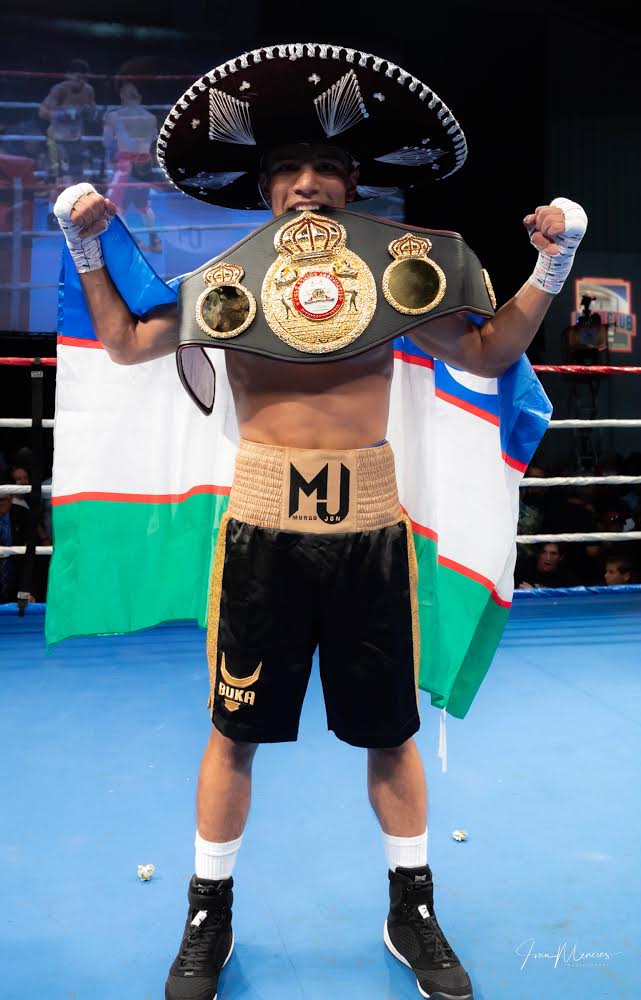